For women’s best on ground Staci Trindle-Price, the 2019 AFL Cairns premiership feels like 24 months of hard work has finally paid off.

For women’s best on ground Staci Trindle-Price, the 2019 AFL Cairns premiership feels like 24 months of hard work has finally paid off.

The North Cairns stalwart was in the Tigers team that had their hearts broken by Manunda on grand final day 12 months ago, and on the big occasion this campaign she led her side to victory, for the first time as skipper. 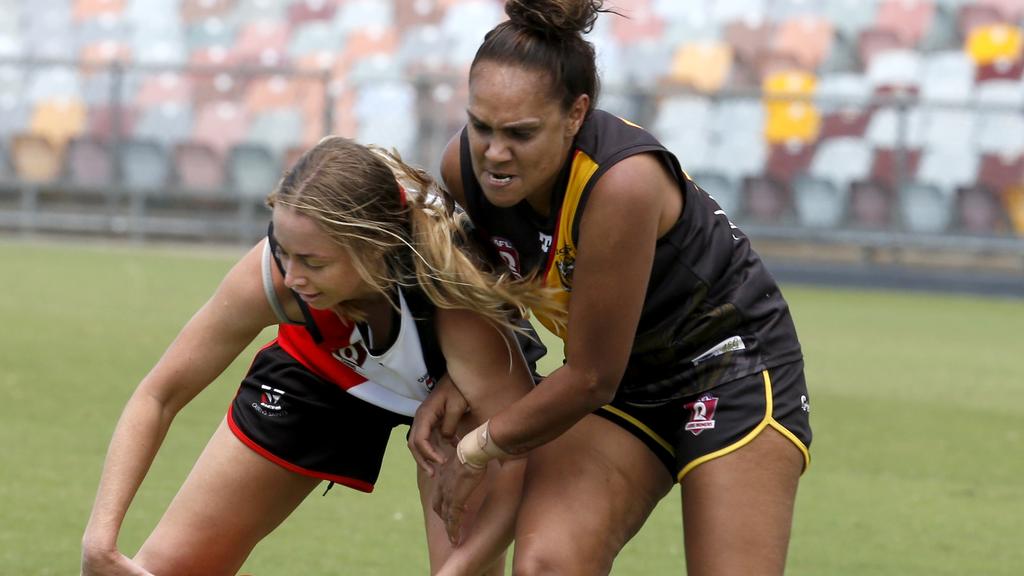 The experienced Tiger has now played in six grand final triumphs for the yellow and black, with 2019 extra special for her, as she carried the title of captain and won best afield honours.

“It has been a long time coming for this group, our last premiership was in 2014, and last season losing by one point, it was really heartbreaking,” Trindle-Price said.

“It feels amazing, it really does, as these girls have worked so hard.

“We really deserve it, we have been waiting a long time for this and it is really sweet to win it.” 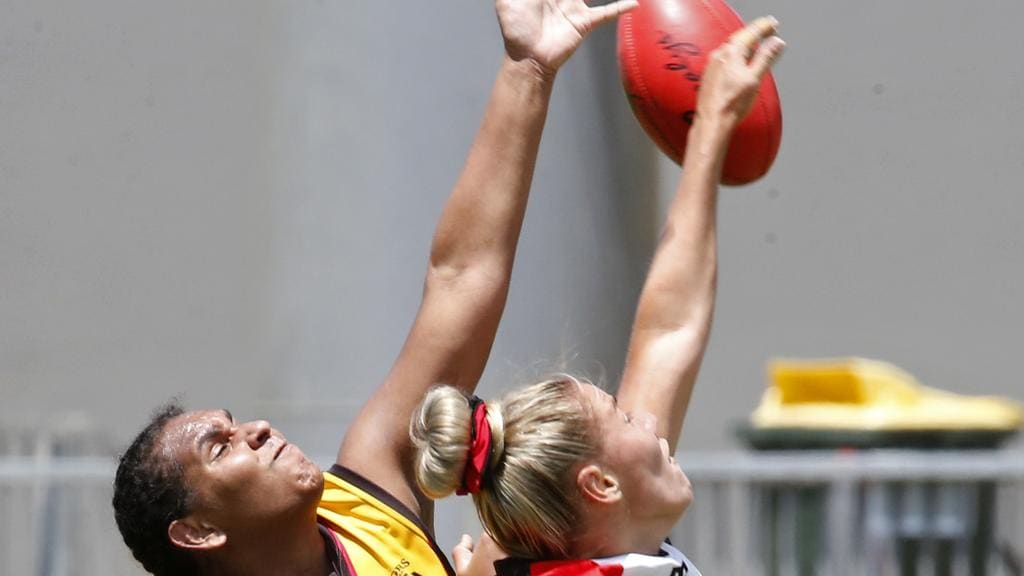 The humble Trindle-Price, who played in defence on Saturday, declared that the honour could have gone to a handful of her Tiger teammates in the 17-point triumph over Cairns Saints on Saturday afternoon at a typically blustery Cazalys Stadium.

The returning Tarin Moke was everywhere for North, Leah Scroggie was tackling everyone and youngster Alma Enosa also impressed.

“There are a lot of girls who could be wearing this medal for best on ground but I just float around and pick it off,” she said.

“I am rapt to be able to win a premiership as captain for this club.”

The Tigers were spurred on by two second term majors from Leashay Warburton-Richards, which gave North a healthy lead, while a goal late from Awena Cheyenne Mueller sealed the flag.

The 2019 premiership is the first for the Tigers ladies side since 2014.

In their second season back in the competition, Saints were not disgraced on the big stage as they took it to the minor premiers for four quarters.

Anita Narula and Rickie Fielding hit the scoreboard for Saints but, just like their opponents as well, inaccurate kicking in the tough conditions let them down.

The women’s grand final was played in front of a huge crowd in a sign of the growing sport that is AFLW.

In the reserves decider, South Cairns defeated Manunda in an exciting contest.