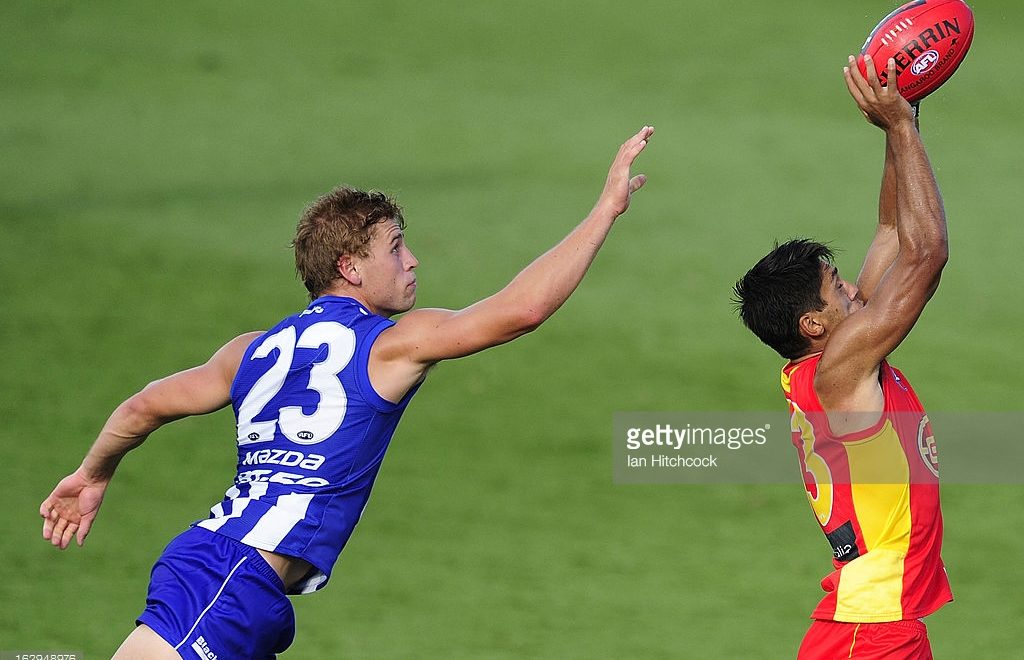 The AFL announced today that the Gold Coast SUNS will play the North Melbourne Football Club in Round One of the 2018 Toyota AFL Premiership Season at Cazalys Stadium in Cairns.

The Gold Coast SUNS will host North Melbourne under lights at Cazalys Stadium on Saturday March 24, 2018 beginning at 6.25pm AEST.

“Australian Football is thriving in North Queensland, and we’re pleased the passionate fans in the region will help us kick off the 2018 Toyota AFL Premiership Season,” Mr Auld said.

The Queensland Government, through Tourism and Events Queensland, announced last week a deal had been struck with the Gold Coast SUNS to bring a home Toyota AFL Premiership Season match to Cairns in 2018 and to Townsville in 2019 or 2020.

“The Gold Coast SUNS have played in Cairns seven seasons in a row, however this will be the first time the SUNS will be the home team and North Melbourne’s first ever match at Cazalys Stadium.

“North Queensland has produced current AFL players in Charlie Dixon, Jarrod Harbrow, Zac Smith and Jack Bowes and the AFL hopes that bringing matches to the region will continue to inspire both female and male players to reach the big time.

“As in previous years, the AFL has worked closely with the Queensland Government, through Tourism and Events Queensland, Cairns Regional Council and AFL Cairns to secure the city the Premiership match and once again we thank them for their continued support,” he said.

The Richmond Football Club hosted matches at Cazalys Stadium between 2011 and 2013 before the Western Bulldogs hosted a home game in each year from 2014 to 2017.

The Gold Coast SUNS’ traditional home venue of Metricon Stadium is unavailable due to the 2018 Commonwealth Games.

Gold Coast SUNS Chief Executive Mark Evans said the Club was looking forward to starting their 2018 season in the region of their talent academy.

“The SUNS are thrilled to be kicking off our 2018 season in Cairns against North Melbourne.  A round one game in Cairns presents a wonderful opportunity to showcase the region ahead of what is always a much-anticipated opening round,” Mr Evans said.

“As a Club we have established significant support in Cairns and throughout North Queensland. We are committed to playing our role in developing our game throughout the region, which is also a key recruitment catchment for the SUNS Talent Academy.”
Tourism and Major Events Minister Kate Jones said bringing two top-tier AFL clubs to Cairns would drive visitors to the region and give a major boost to the local economy.

“We know fans in Cairns love AFL and these two teams are sure to attract strong crowds,” Ms Jones said.

“The number of AFL spectators in Cairns has grown significantly over the past year and I am confident that 2018 will attract even higher crowd numbers.

“This match will also help to showcase the best parts of Cairns to a national audience,” she said.

“Our region has certainly claimed its place as the sporting capital in the Far North,” Cr Manning said.

AFL Travel packages are available for this match and include flights, accommodation and premium match ticketing. Visit www.afltravel.com.au for more match specific details.

Over 10,000 people are expected to attend the Round One match between the Gold Coast SUNS and North Melbourne on Saturday March 24, 2018 at 6.25pm local time.

A limited number of corporate hospitality opportunities will be available and for further information please contact AFL Cairns on 07 4042 3000.