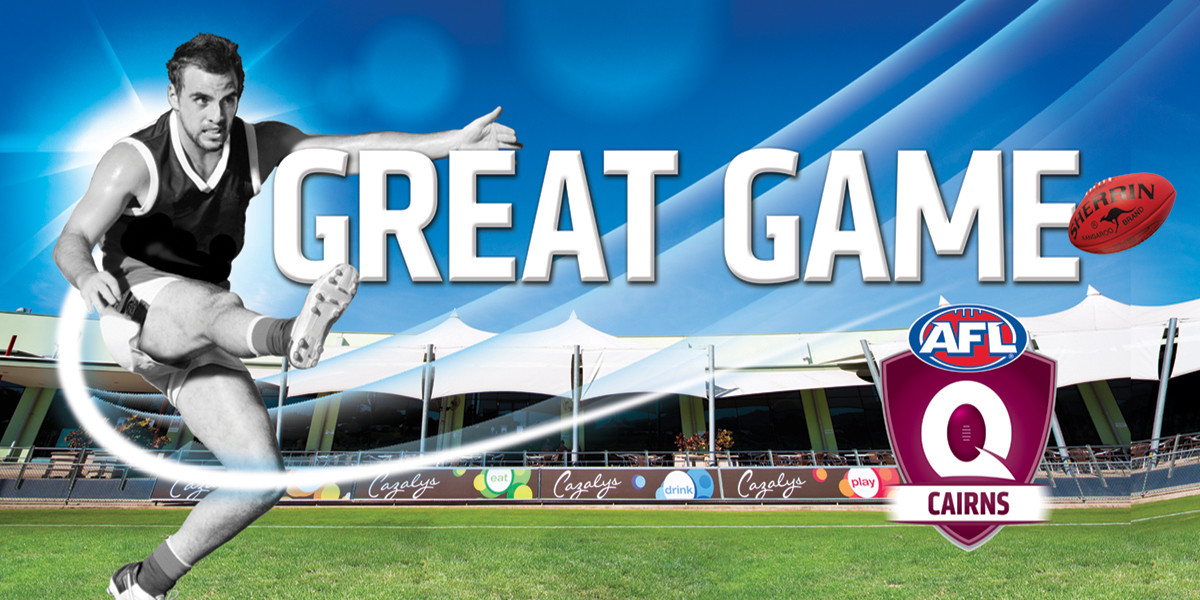 Four Cairns Players have been selected as Development Players with the Gold Coast SUNS NEAFL team this weekend. The SUNS play Redlands at Metricon Stadium on Saturday, 21st May 2016 at 10:30am. This NEAFL Game is the Curtain Raiser to the Round 9 AFL Toyota Premiership  Match between Gold Coast SUNS vs. Adelaide Crows (02:10pm)

2016 is Kye Chapple’s second season with Port Douglas, after kicking 100+ goals in 2015 and finishing 3rd in the Crathern Medal (League Best & Fairest). The oldest of the quartet, Jesse Mawson also a Port Douglas Player has been a lively recruit for the Crocs in 2016 after relocating from Barwon Heads. Cutter, Jermaine Wardle is truly a phenomenal athlete and is one of the most damaging Players in the Cairns Competition. Jermaine was named at Centre-Half Back last years, Team of the Year. For Etherington, he is an exceptional leader for his age. At just 21 he is the Vice-Captain for the undefeated South Cairns Cutters and his consistency over the first 6 rounds has earnt him this deserving selection.

On behalf of AFL Cairns, we wish Kye, Jesse, Jermaine and Ryan the best of luck for the weekend.

Players will arrive Friday Morning on the Gold Coast to have a familiarisation session that afternoon before meeting all of the coaches and players prior to the game at 10.30am Saturday.