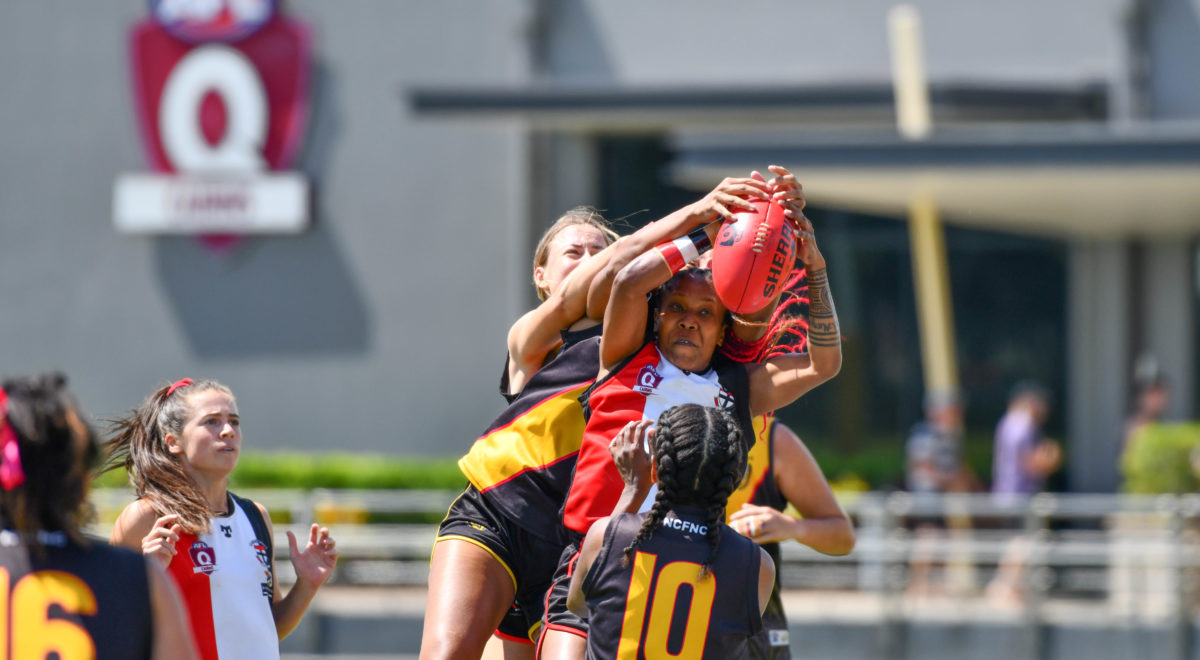 The 2020 AFL Cairns Women’s fixture has 16 rounds this Season with a full finals roster.

“Coming off a highly competitive 2019 this Season flows into a six-team competition that promises to be even stronger with some great talent on display” said Aaron Davey AFL Cairns Women’s Manager.

Round one, Saturday 18th April 11.00am is the Grand Final Replay at Griffiths Park between Cairns Saints and reigning Premiers North Cairns.

All teams will play a curtain closer at a twilight time slot of 5.15pm on Anzac Day after Senior men’s matches.

The Cairns Post Allstars North vs South Women’s match will fall in the fifth week of the Season on Friday 15th of May giving teams a bye. For the second-year teams are selected based on region with the dividing line at Anderson Street. Bulldogs, Lions and Tigers unite to form North Allstars whilst Saints, Hawks and Cutters will make up the Souths Allstars. Highlights for the Season include the support of Standing up to Domestic Violence at AFL Cape York in round six 30th May in a triple header. Pride round in its second year was a great success in 2019 and will be in Round nine 20th June at Cazalys Oval.

For the first time ever in Round 14, Saturday 25th of July the women’s matches will be played as a curtain opener 11.00am Centrals v Norths and then after the Reserves and Seniors a Curtain Closer Hawks v Lions at 5.15pm.

The Women’s Grand Final played on Saturday 5th of September at Cazalys Stadium will fall at a 12.15pm time slot for the first time in the competition’s history.