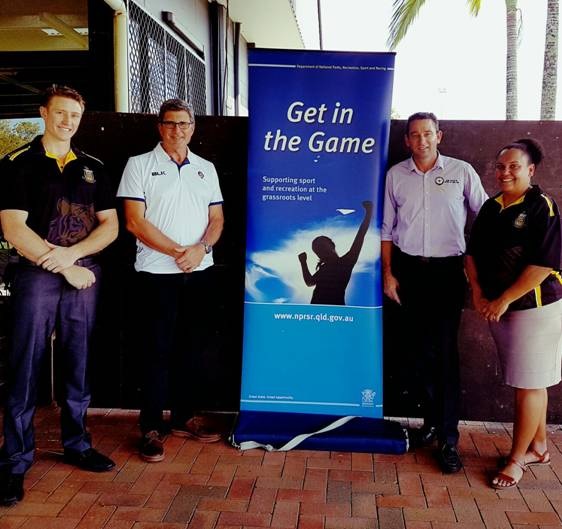 AFL Cairns’ oldest club venue, Watsons Oval, will become the league’s best alternate venue for its senior, junior and Women’s football action. The Queensland Government has approved grant funding under the Get Playing Plus program to joint fund with AFL Cairns an almost $2 million  total overhaul of the facility.

Member for Barron River, Craig Crawford, today announced ‘dollar for dollar’ funding which will allow the facility to become the first backup venue to Cazalys Stadium. The Stadium has been under significant pressure in recent years with a high demand for a quality playing and training venue putting it at a serious wear ‘n tear risk.

AFL Cairns President, Mr Gary Young, said, “This announcement by the Queensland Government is a major boost for the North Cairns AFL and Netball Club and AFL in general. With high quality lighting for both the playing field and netball courts, a fully revamped playing surface with new change rooms and team facilities we can move some of our high volume activities to Watsons Oval and create new opportunities at Cazalys.”

“AFL Cairns intends to locate its Women’s and Youth Girls programs to Watsons Oval to give them a real home base to work from that is central to the city. This will complement the general activities of the North Cairns Football and Netball Club, providing both with exciting new opportunities,” said Mr Young.

With Watsons Oval being revamped and football programs being relocated to the ground, Cazalys Stadium will be freed up to accommodate other events and activities. Mr Young said,” The indirect winner here is national and international cricket. In recent times we have had to say “no” to elite cricket at Cazalys due to the massive disruption to our football scheduling. With a quality venue to move our footy to we can now, from time to time, seriously consider cricket opportunities which is great for our city and region.”

AFL Cairns intends to commence work on the venue as soon as possible to get the ground works well underway before next “Wet Season”. The facility will be ready for the 2017 season.