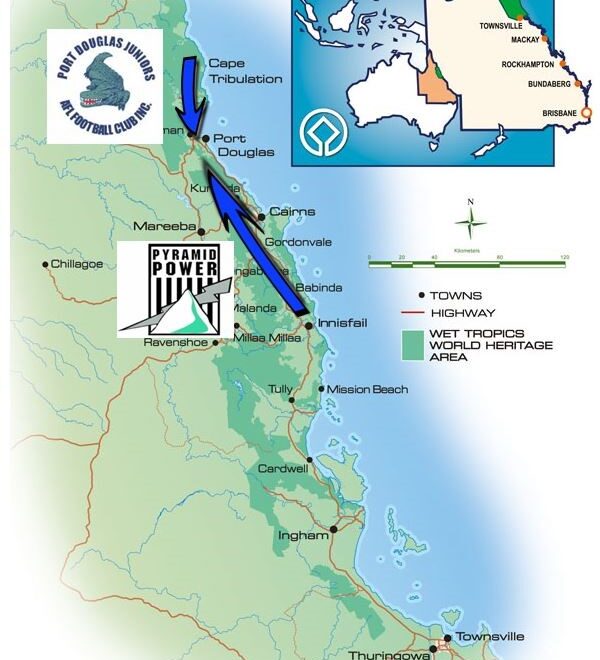 Between Goondi Bend and Cow Bay

The Port Douglas Junior Crocs and Pyramid Power (based in Gordonvale) AFL Clubs have worked together to give their teenage players every opportunity to play AFL in what has been a disrupted 2020. Covid 19 has had an effect on player numbers at both clubs with both unable to field sides in the Under 14s and Under 15 Youth girls sides..

Initially, the Pyramid Power approached the Junior Crocs and a merge was formed with the Under 14 side. Their decision has, in essence, built what is a very competitive side. Both teams had around 10 Under 14 players and the season would’ve been a battle weekly to fill each side. What they have created is a group of 20+ kids that want to play AFL with the difficult task now being how they work well together on the field with both squads training apart……Full Story Click Here