Home / Uncategorised / Old Dogs ready to run out for ‘Jatzy’

Old Dogs ready to run out for ‘Jatzy’ 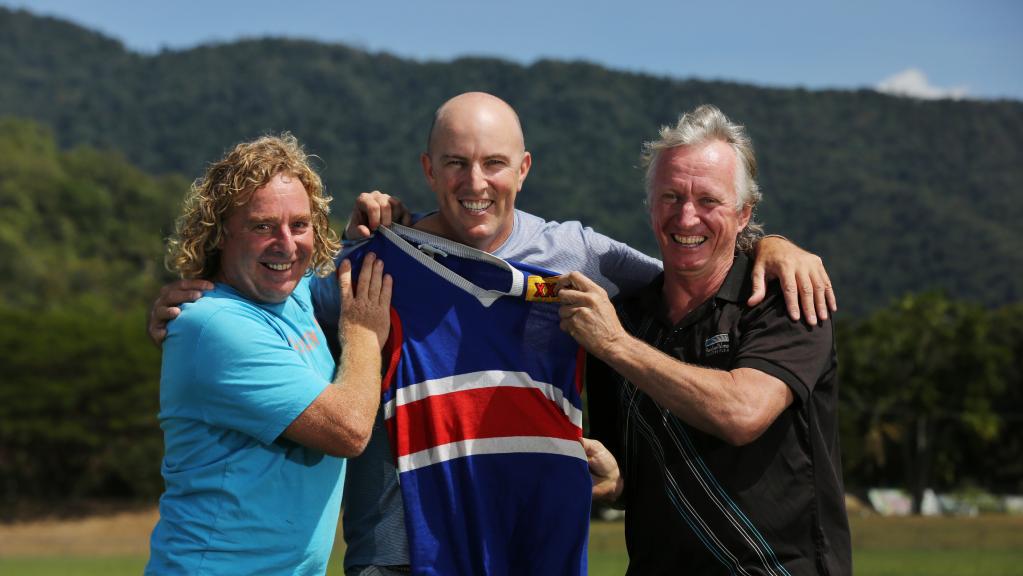 Old Dogs ready to run out for ‘Jatzy’

The AFL Cairns community will join forces this weekend to raise much-needed funds for one of their favourite sons.

Friends of Geoff “Jatzy” Donnelly will hold an Old Dogs versus All Stars match this Saturday for the much-loved footballer who fell from the roof of his Daintree home last month.

He was flown from Cape Kimberley to Townsville Hospital where his condition has steadily improved.

Organiser Andrew Evans said he hoped to raise at least $5000 to cover some of Donnelly’s medical expenses.

“A lot of people are coming out to have a kick, which is great,” Evans said.

“Cairns councillors Max O’Halloran and Brett Olds are even playing.

“He’ll be coaching the All Stars and helping on the day.”

Donelly’s close mate Derek Williamson, who kept a bedside vigil for two weeks after the accident said the premiership wingman was making a remarkable recovery.

“Because of his injuries, he hadn’t been able to speak until last Monday,” Williamson said.

“I got to speak to him for the first time in three weeks and that was insanely good.

“The doctors are trying to get him up and mobile now which will lessen his physiotherapy.”

Evans said the match would be the first of a number of fundraisers planned over the coming months.

“We’ll run a few more events during the year,” he said. “Players will pay to play and money made from the bar and canteen will all go towards the cause.”

Williamson said he told Donnelly about the match while visiting him in Townsville earlier this week.

“It was a pretty special sort of moment and I know he was quite touched.

“The more people that come along the merrier.”

The match will be held at Crathern Park in Trinity Beach.