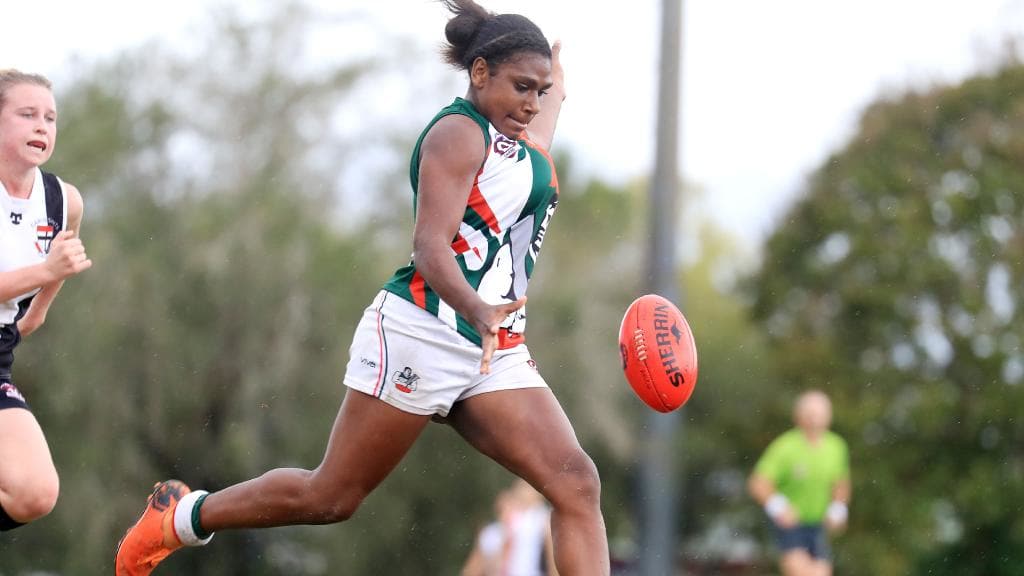 The Cutters of South Cairns peppered the goals at Fretwell Park on Saturday, recording 13 scoring shots, but could only come away with three goals.

It was enough to see them edge past newcomers Cairns Saints by 13-points, to grab their fifth win of the season.

“It was a good win for the ladies,” Cutters president Peter Kennedy said.

Emerging teenager Kitara Farrar was everywhere for the Cutters while Stephanie Mooka, Millie Stephen and Georgia Ann Templeman each booted a major on the steady march to victory.

At Griffiths Park, North Cairns overcame some unavailability to key players to chalk up win number nine, without loss, for season 2018.

Tigers Hadassah Nicholson and Seneva Baira both kicked two goals to seal the victory over Manunda, which sent the Hawks to third on the ladder.

“Everyone stepped up, we wanted to fight and win the game and we showed that,” Tiger Shay Warburton said.

“It is a great feeling to have a win over the Hawks.”