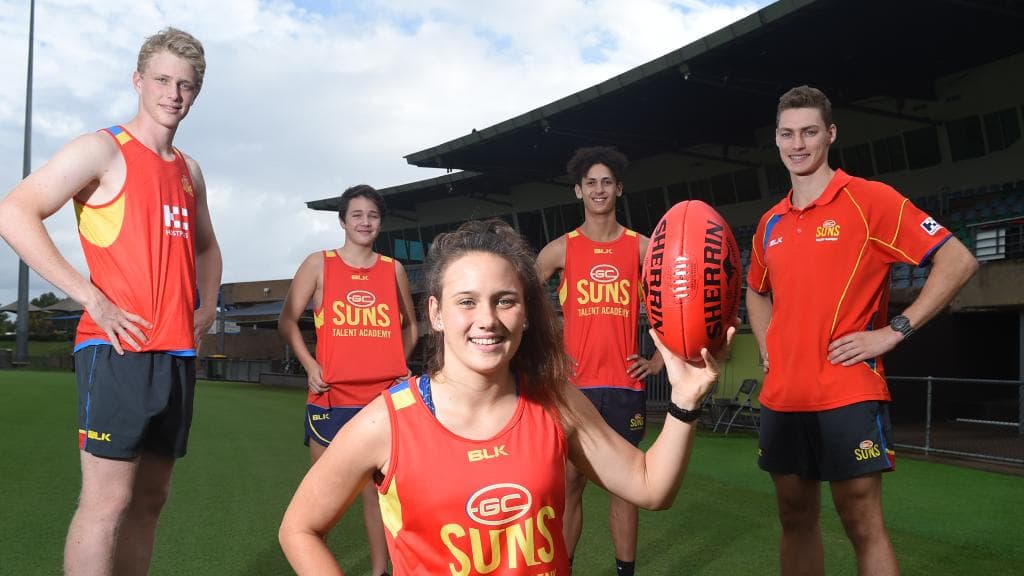 THE Newman brothers will need to wait until North Queensland selection comes around again in 2019 to finally play a game together.

Cairns Saints midfielder Joel Newman, originally from Townsville, and Max Newman, who plays at Northern Beaches Suns in Townsville, were both selected in the extended squad to represent NQ later this week.

The Newman family were hopeful the brothers would be able to play their first game together but the younger brother, Max, who has only recently taken up the game, just missed selection for the final team, which was announced yesterday.

Joel will be a key member of NQ’s midfield rotation this Saturday and was keen to share the experience with Max but is hopeful of finally doing it together in the coming years.

“He played at a different club to me in Townsville so we have never actually played together,” Joel said after Saints win over Centrals Trinity Beach on Saturday.

“He was a rugby league player when he was younger but when one of the clubs in Townsville needed a spare player, he put his hand up and has not stopped.

“He is loving it now and is a bit over rugby league.”

“To play with the best of the competition is going to be great,” Joel said.

“You will get the chance to play with guys you usually come up against.”