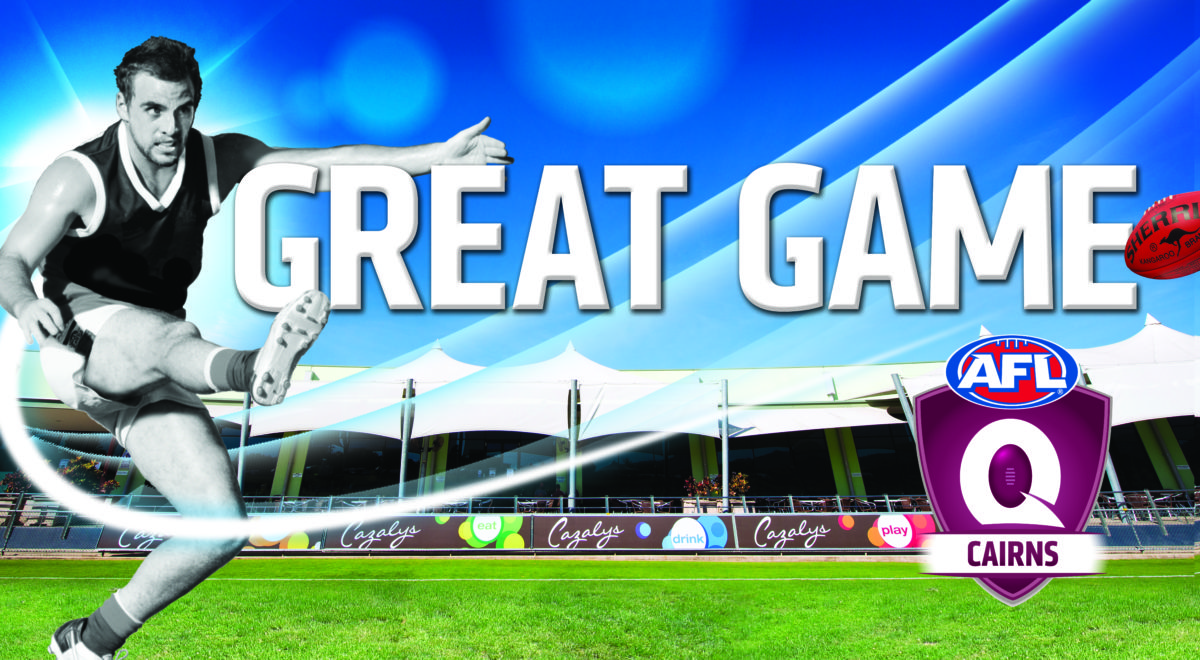 The competition has pushed back its start date to mid-April with clubs now playing 16 games over 19 rounds. In previous years, clubs have played each other three times over 21 rounds.

In a first, AFL Cairns will operate with a seeded draw, which will be based on ladder positions from the previous season. In a form of equalization, the aim will be to reduce the non-competitive games in the back third of the season.

The Reserves fixture has also been finalised and released for 2019.

Clubs will play in a series of XXXX Gold trial matches as a warm up to the season against other Clubs from Townsville and Darwin.

Round 1 will be at the new time of 2.30pm on Saturday, April 13th featuring Centrals v Port Douglas at Crathern Park, Souths vs Saints at Fretwell Park and Lions v Hawks at Holloways Beach Sports Complex.

Round 2 will coincide with Easter and for the second consecutive year Port Douglas will host a Good Friday Clash at the Croc Pit up against North Cairns at 2.00pm Friday, 19th April.

ANZAC Round will start on Thursday, 25th of April at Fretwell Park in a customary clash between South Cairns v North Cairns on Anzac Day.

Round 4 Saturday, 11th of May both Pink Footy Round and a tribute to Mother’s Day, Port Douglas v Saints at the Croc Pit in support of Pink in the Tropics. The annual event in it’s third year will see the Crocs trading in their traditional Navy Blue for pink in support of Breast Cancer.

Indigenous Round will be held on Saturday the 25th of May which aligns Nationally with AFL matches played. Locally it gives our Clubs the chance to celebrate our rich Indigenous Culture and community. Dreamtime by the Sea played at Holloways Beach will feature long standing rivals Cairns City Lions v North Cairns.

Cairns City Lions (previously Cairns Cobras) will celebrate its 50th year anniversary in Round 13 with a Friday night fixture on Cairns Show Public Holiday at Cazalys Stadium, 19th of July against North Cairns. North Cairns will host four twilight matches at Watsons Oval throughout the season and in the back end of the season in Round 18 on Friday the 23rd of August they play Cairns City Lions under lights at 8.00pm.

Round 19 on Saturday the 31st of August is the last home and away fixture Cairns Saints v Port Douglas at Griffiths Park where South Cairns v Hawks at Fretwell Park and North Cairns v Manunda Hawks at Watsons Oval. In 2018 the last round of the Season determined who walked away with a minor Premiership so if history repeats this round sets the tone for finals football.

AFL Cairns will have two (2) general byes for all Clubs for the Anytime Fitness Allstars Match and North v South Queensland Representative Match.

The Anytime Fitness Allstars Match will fall early in the Season on Friday, 3rd May in preparation for squad selection for the North Queensland v South Queensland representative match.

This year’s representative match will be played as a twilight curtain closer to Round 13 AFL Toyota Premiership match between Gold Coast SUNS v Saint Kilda on June 15th in Townsville, at Riverway Stadium. The North verse South Queensland rivalry match has continued to identify the best talent in the region.

The 2019 season concludes with a top-four final series at Cazalys Stadium in September, with a new twilight timeslot for the Grand Final at 5.00pm scheduled for Saturday, 21st September 2019.

AFL Cairns Operations Manager Craig Lees stated, “it’s exciting times with the new changes to the 19Round equalisation draw”. Clubs deserve tremendous praise for supporting the change and moving fixtures away from the traditional Saturday afternoon time slot. It creates excitement that will shape a great year of football in Cairns”.

The AFL Cairns Women’s fixture will be released early February with a focus on triple headers with both Senior and Reserves matches.