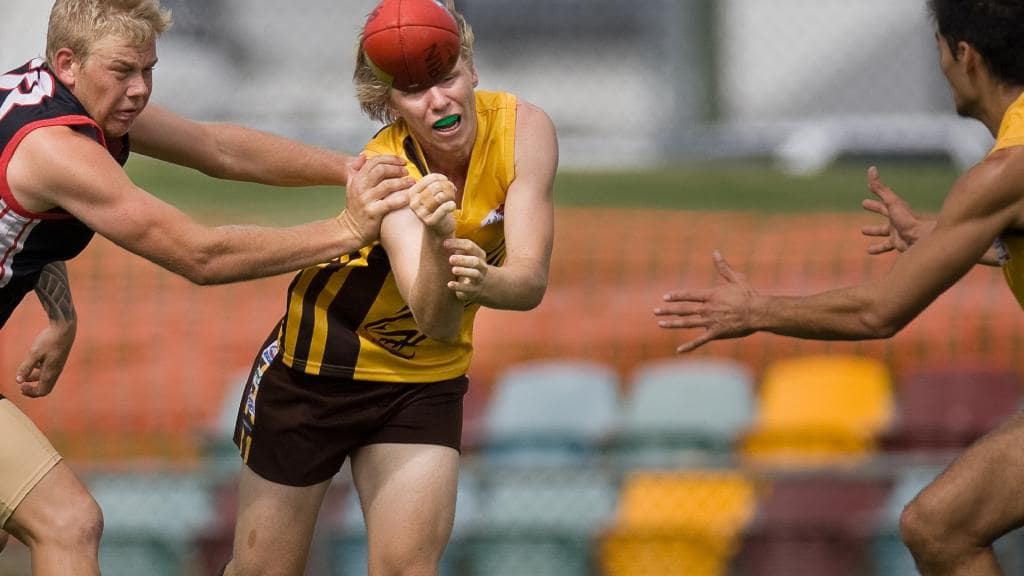 INSTEAD of opening the cheque book to find an effective centre half-forward, AFL Cairns club Manunda Hawks looked within to connect their midfield with their forward line.

Nathan Weiss, one of the best defenders in the competition last season, was the man the Hawks coaching hierarchy selected to swing forward and partner with the elusive Ezekiel Frank.

Weiss booted three goals in Round 1 against Cairns City Lions and while he did not register a major against Centrals Trinity Beach Bulldogs on Saturday, he did straighten up Manunda’s structure and is confident the goals will come soon enough.

“It is a different role and I am getting used to playing up forward because I have not played up there much before,” the premiership player said.

“It is a position that our coach, Marc Harbrow, and assistant coach Craig Staude wanted to me to play after sitting down and chatting with me in preseason.

“They wanted me to have a go at it and hopefully I can start to contribute more on the scoreboard as the season goes on.”

In a surprise move, the Hawks named the former fullback as captain for 2018, replacing club veteran Boe Halter.

Harbrow said the club’s strong backline has allowed them to release Weiss into their forward line.

“We made a decision to use what we already had instead of going to recruit a centre half forward,” Harbrow said.

“Nathan has been at fullback for most of his life but I looked at him and saw he has great hands and can kick a footy a long way.

“We have got young Charlie Harris coming through who will now take over that fullback role and has been doing a great job.”