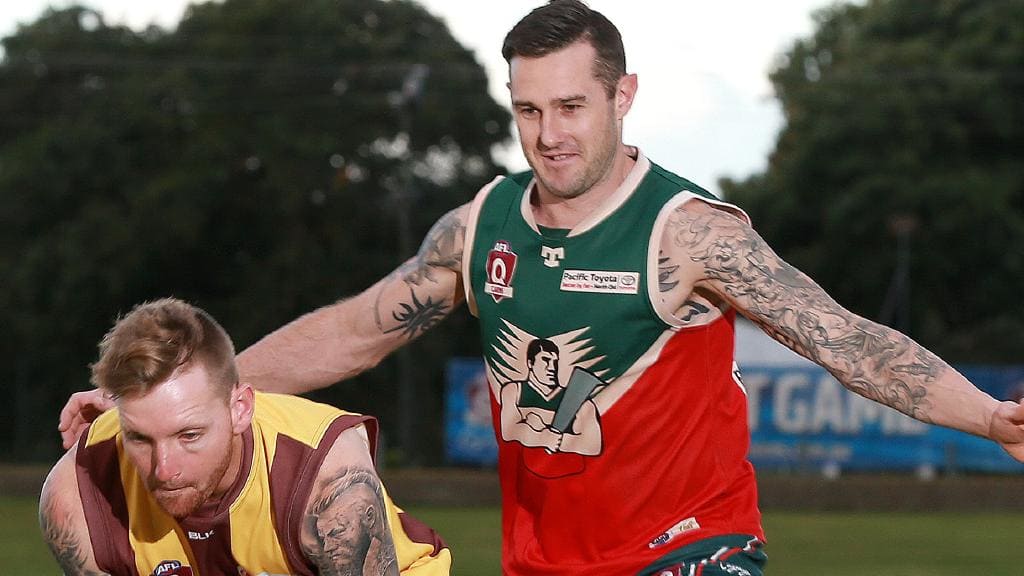 AN INCREASED focus on sharing the load inside the attacking 50 is working wonders for AFL Cairns club South Cairns inside the first month of the 2018 season.

Following four rounds of the campaign, the Cutters have five of the top 15 goal-kickers across the competition in Daniel Lock, James Dixon (pictured), Neale Teale, Joshua Barnett and Dwayne Bosen.

The Cutters’ spread of attacking options was on show on Anzac Day as they had 11 individual goal-kickers in the rout, with six of those kicking multiple majors.

“We are working on our forward structure because at the end of the day, it does not matter who kicks the goals,” Cutters skipper Dixon said.

“I did not kick straight against North on Wednesday but that happens from time to time.

“It is good to see other blokes like (Barnett) pop up and kick five and have a good spread of goal-kickers.”

“It is the way we set up and a few guys sacrificed their own game to influence that spread,” Tootell said.

“North had two or three behind the ball at times.

“We just tried to drag them out and create space with our forwards.”

South Cairns are third on the ladder with a 2-2 record after four rounds.

In Round 5 AFL Cairns games this weekend, Cairns Saints host their first home game of the season against Manunda while Port Douglas face Centrals Trinity Beach.