Cairns’ first WBBL match on the weekend a winner for crowd 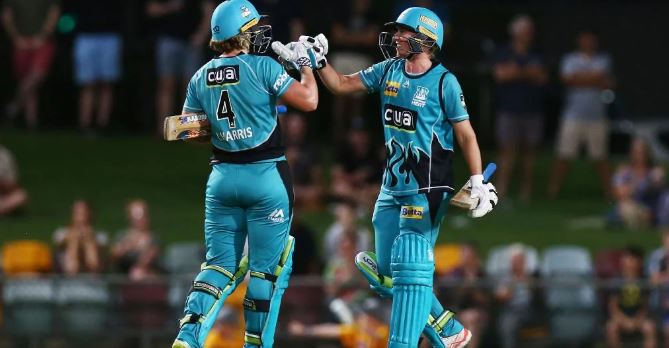 Cairns’ first WBBL match on the weekend a winner for crowd

Well, we didn’t beat Mackay’s attendance, but the Cairns community have demonstrated their desire for elite sporting contests in the region once again, with more than 4,500 turning out to watch the city’s first-ever WBBL match on the weekend.

A crowd of 4,673 vocal fans were at Cazalys Stadium on Saturday night to watch the Brisbane Heat and Sydney Thunder do battle in what was a gripping, down-to-the-wire contest.

Managing director of AFL Cairns, the venue provider, Gary Young said the local community showed there was a great interest in cricket, particularly the shorter format of the game, as well as sports in general.“It’s a big positive,” he said.“I think the Big Bash spectacle is what people come to see — they’re going to be entertained, the game will be decided on the night and it’s not too late for families to come out with their kids.“I think it’s a terrific way to go, in terms of general interest in watching an elite sporting match. If we had another game, I’m not sure we would’ve got that number.”

The match was the last of a three-year deal with Cricket Australia bringing games to Cairns, but after Saturday’s healthy crowd and feedback received from the teams, a case could be made for more top-tier cricket to return to Cairns in the future.

“(The teams) were very happy with the facilities, the playing surface and presentation of the wicket — one of the coaching staff from Sydney said they’d be happy to play here every week of the year,” Young said.

“These are clubs that are used to playing at the Gabba or the SCG and for them to come up here and make those statements about a regional sporting facility is just terrific,” he said.

Norths senior cricketer Sean Lord said having the women’s game in Cairns was a huge win for local cricket fans.

His daughter, Georgia, 8, plays cricket through the Junior Blasters program and was given a cap by Heat opener Grace Harris as she ran out onto the field.

“The fact the teams go to regional areas is just great, it really does bring the community together,” he said.

“Everyone knows the men’s, but to have the ladies come up here and play is great. They’re great role models for the kids.”

lGrounds staff pitch in to deliver exciting wicket
Registration for Season 2019 is open!r