Home / Uncategorised / Blazing a trail for footballers in FNQ

Blazing a trail for footballers in FNQ 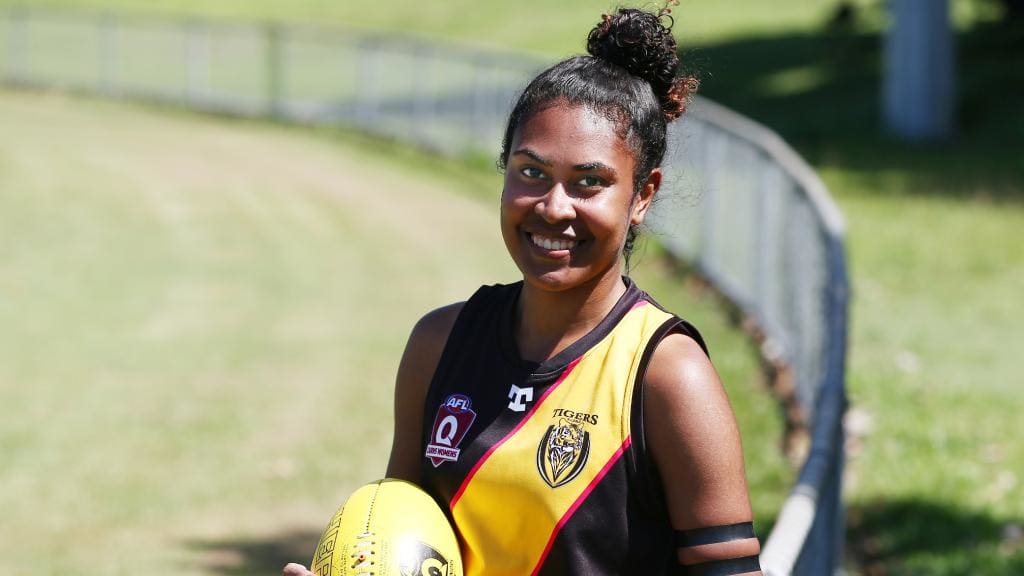 Blazing a trail for footballers in FNQ

WITH the Gold Coast Suns starting from scratch ahead of their first AFLW season in 2020, North Cairns captain Sodyla Kris feels more comfortable being named in their inaugural team alongside a few familiar faces.

Kris is one of four AFL Cairns players who have been selected for the Suns’ inaugural squad for the 2018 Women’s AFL Winter Series, with Selina Goodman, Kitara Farrar and Luana Healey.

Healey is a teammate of Kris’ at Watsons Oval, Goodman was too before she moved south to play with the Brisbane Lions, while Farrar is a cousin.

The 2018 Winter Series begins in June and will see the Suns take on the Brisbane Lions and two GWS Giants teams, with the club looking to secure talent early for when they enter the big league in 2020.

“It is exciting to be playing alongside them all,” Kris said.

“The hard work has paid off for all of us on the field and I am so proud of all the girls to be selected.

“Playing at the representative game the other week was our chance to show what we could do and how we played.”

Healey, Kris and Farrar have long been standouts in the local AFL Cairns Womens competition and sealed their spots with the Suns following starring roles in the recent Cairns Post AFLCW challenge.

Craig Cameron, the Suns general manager of list and strategy, is pleased to include 11 Suns Talent Academy Players and seven from throughout North Queensland.

“This is a big step in our journey towards entering the AFLW competition in 2020,” Cameron said.

“Our talent identification and testing process has been conducted across the Gold Coast and North Queensland and has shown us that women’s football in Queensland is very strong.”

As the AFLW competition continues to build and the teams keep improving, the Suns program will form an important step as the club gets set to join the elite competition in 2020.

SUNS CALL-UP: Sodyla Kris, who has been selected to play for the Gold Coast Suns in the AFL Winter Series, played her 100th AFL game in the AFL Women’s match between Cairns Saints and her Norths Tigers recently. Picture: BRENDAN RADKE.

Goodman, an athletic utility, gets her second chance at the elite level after being delisted from Brisbane following their first season in 2017.

Goodman has impressed with QWAFL club Coolangatta since leaving the AFL club.