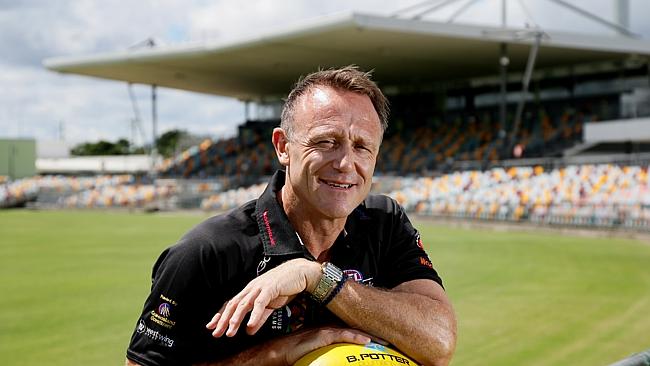 One of Queensland’s most respected coaches, AFL Cape York Regional Manager Rick Hanlon will take the reins of the Northerners, in the North Queensland vs. South Queensland curtain raiser to the Western Bulldogs vs. Gold Coast SUNS Round 17 match at Cairns Cazaly’s Stadium on Saturday July 16.

It is a special appointment for North Queensland, with 2016 also being the 150th year of football in Queensland.

Rick Hanlon made his senior football debut at age 17 in Tasmania, where he won the William Leitch Medal for the best and fairest player in 1990, before landing in North Queensland in 1998.

The representative coaching scene is nothing new to him, having previously coached the Queensland Country Under 18 team, as well as the Cairns representative team in the early 2000’s.

Hanlon said he was delighted to get the call up.

“With the 150 year celebration, it makes it even more special in relation with what we are doing with footy throughout the state, and the recognition of AFL over that period,” Hanlon said.

“The 150 year celebrations mark a really special year for us, so to have a Queensland footy legend in Rick Hanlon coaching North Queensland team is really fitting,” Warren said.

“I have no doubt that he will lead superbly and the North vs. South rivalry will go to another level again in 2016.”