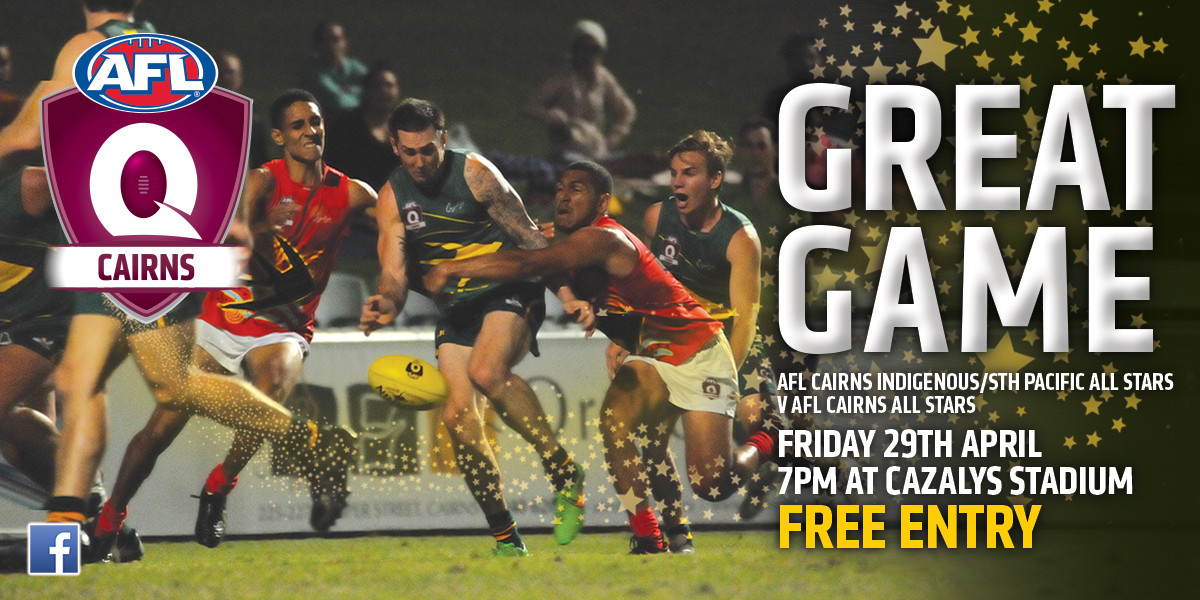 Please see below both teams final 23

The Cairns All Stars team will again be coached by 2015 South Cairns Coach, Daniel Lock and will be assisted by current Cairns City Lions Co-Coach, Luke Webb as well as two-time Crathern Medallist from Cairns Saints, Matthew Walsh.

This team will be coached by Manunda Hawks Coach, Marc Harbrow with assistance from Gavin Ham as well as Tiger, Kim Tennick fulfilling the Team Managers Role.

This match will also aid selection for the NQ Representative team, who will take on SQ as a curtain raiser to the Round 17 AFL Toyota Premiership Match between Western Bulldogs vs. Gold Coast SUNS on Saturday, 16th July 2016 at Cazalys Stadium. Selectors will be in attendance at the match and we are confident Cairns will make up a large percentage of the team. NQ will be made up of players from AFL Cairns, AFL Townsville, AFL Mackay, AFL Mt Isa and AFL Capricornia.

For the All Stars Representative Game, AFL Cairns Umpires Association have appointed the following Officials:

Congratulations to all Players, Coaches and Officials selected in Friday’s Game.