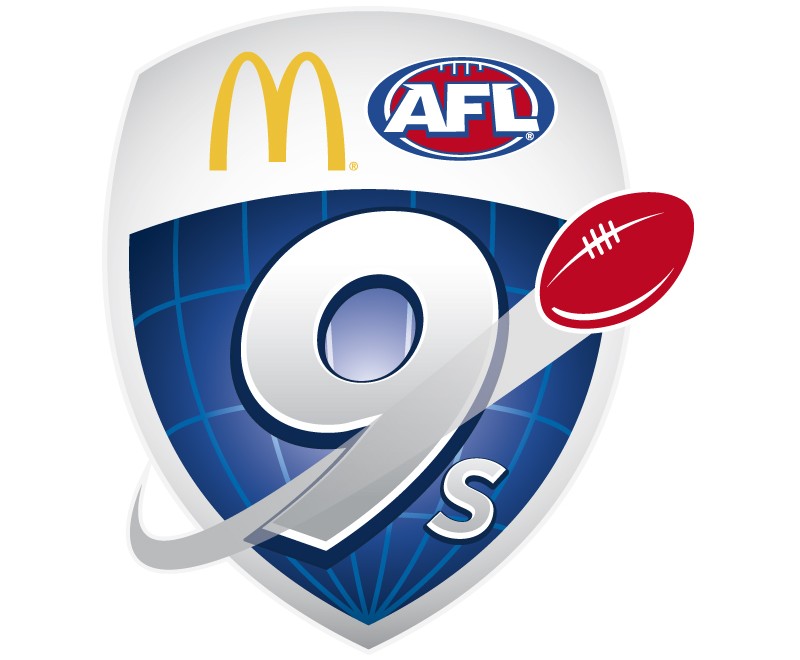 AFL Cairns will be running a Term 1 (January-March) 2016 AFL 9’s Competition on a Wednesday Night at Cazalys Stadium.

AFL 9’s is the AFL’s official social version of the game. It’s a fast, fun, free-flowing game that involves 9 players on each team playing on a smaller field. Best of all, it’s ‘non-contact’ with no tackling or bumping, making it suitable for everyone (Players must be 15 years or older) of any skill level. AFL 9s is easy to play, not too physically demanding and provides an environment where fun, enjoyment and safety are a priority.

In short: The game is played between two teams of nine (9) with interchange players. The field has a recommended length of 100 metres (which can be modified depending on the age and ability level of participants) and is divided into three zones: a mid-zone and two scoring zones.

Teams score by kicking the football into their attacking scoring zone to designated forwards who are the only players permitted to score. A mark is awarded irrespective of the distance the ball has travelled and if the ball hits the ground it is an automatic turnover.

AFL 9s is a non-contact version of the game which requires players to implement a touch in place of a tackle.

For more information regarding the Rules & Concepts of AFL 9’s please visit: http://afl9s.com.au/rules/

AFL Cairns will be hosting a ‘Come & Try’ Session on Wednesday, 27th January 2016 from 6pm at Cazalys Stadium with the Term 1, 8 Week Competition commencing on Wednesday, 3rd February 2016 (and concluding Wednesday, 23rd March 2016 – just in time for Easter!).

We anticipate having a MIXED Social Competition (minimum of 3 Females) and an all MALE Competition.

The competition will run every Wednesday night from 6pm. NB: there will be multiple timeslots (6pm/7pm & 8pm) due to the number of registered teams.

To register online please click on the following link; http://afl9s.com.au/venues/qld/ or to find out more information contact either Kieran Daley or Tim Mackrill in AFL Cairns Office on (07) 4042 3000.